A Plumber’s Tips for Decreasing Your Water Bill

Posted on October 14, 2014 by Melbourne Plumber 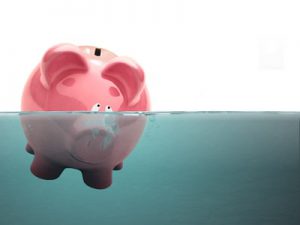 Water is all around us: from the Atlantic Ocean next to Melbourne, Florida, to the many lakes and streams all around the state. While it may seem there is an abundant amount of it, the reality is that only 1% of the water on Earth is readily available for human consumption. The majority of unusable water is in the form of salt water in the oceans or frozen water in glaciers or polar ice caps. At the current rate of consumption, fresh water is decreasing much faster than the Earth is able to replenish it. When you’re committed to decreasing your water usage, you also get the benefit of a lower water bill.

The average family of four in the U.S. uses an amazing 146,000 gallons of water in just one year. That number is up 127% from 1950. However, if every home committed to installing low-flow fixtures and appliances it would easily get us back down to the rates of the 1950s.

While your water bill will only see about a 1-2% decrease on the faucet and 2-5% decrease on a low-flow washing machine, the real money savings comes from shower heads and toilets. A homeowner can save between 9-12% just by installing a low-flow shower head and between 15-18% by installing a low-flow toilet. Over time, even though the new fixtures will cost money, they pay for themselves in the money that is saved by the lower water bill.

If you want to lower your water bill, the best place to start would be to have a licensed plumber install a low-flow toilet for you. If you really want to save money, you can change out all of the fixtures in your home to make the biggest impact. If every home in the U.S. did this, it would save over $4 billion dollars and 2 trillion gallons of water. That’s some serious savings.