When You Need Pipe Replacement by a Professional

Posted on October 3, 2014 by Melbourne Plumber 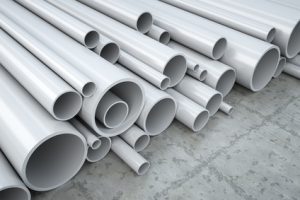 If you’ve recently purchased an older home or have been living in your home since before to 1970, it is very important to have a licensed master plumber take a look at the home’s piping. Prior to 1970, pipes were often made out of lead, which has health hazards. Water passing through lead pipes isn’t harmful since it doesn’t have time to absorb the lead. What is dangerous is when the water is stagnant in the pipes, waiting for someone to turn it on. When the water sits it begins to absorb the lead, and as a person later goes to get a drink or take a shower, they are exposed to the lead which is very harmful to their health. It is particularly bad for children under the age of five, as the lead can cause greater harm to their growing bodies.

Other pipes made before 1970 were made out of galvanized iron, and they were often coated with zinc. As the zinc wears off over time, the iron can corrode and rust, which can cause discoloration of the water. It can also cause the pressure of the water to drop significantly. Over time, this can also cause damage to any appliances which use water, such as the dishwasher or washing machine.

For anyone who lives in an area with hard water (which means a higher mineral content), pipes can wear out even sooner due to the buildup of minerals. When this happens, the water tends to drain slowly, altering the homeowner that something is amiss.

Today’s pipes are mostly made from PVC, which is polyvinyl chloride, a polymer which is widely produced. It is manufactured in two forms: flexible and rigid. Not only are the modern pipes safer for your health, but they are widely used and have been for years.

If you think your home may have older pipes in it, you can call any master plumber who can tell you what kind of pipes you currently have.  If you recently bought the home, you can look at the home inspection report to find out what type of piping is there as it should state it on the report. A plumber can also talk with you about updating the piping in your home to increase the quality of water you are drinking and bathing in. Whenever you’re in doubt, call a master plumber who can give you the right information for your home.