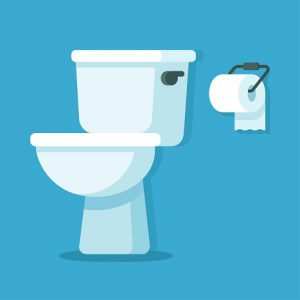 Usually we include helpful tips and tricks to help our readers repair plumbing problems. Or we will warn about the pitfalls of certain behaviors that can cause problem plumbing. Today, we are changing it up a little. We will be writing a brief article about the history of modern plumbing. We hope that you find it interesting.

#1 – The Origins of the Word Plumber

The word can be traced back to our friends the Romans. They took it from the Latin “plumbum”, which meant lead. Piping was made with lead back then and Romans who worked with lead were called “Plumbarius”.

You will be proud to know that the first underground sewer was built right here in the good old USA. NYC put an underground sewer in place in 1728 after residents complained about the smells coming from the open sewer. The sewer system the world uses to great effectiveness today stems from the work done in NYC almost 300 years ago.

#3 Inventor of the Toilet

In 1596 Sir John Harington, godson to Queen Elizabeth, invented the first version of the modern toilet. It was said that his godmother the Queen used the invention often but it really didn’t catch on with the general public until hundreds of years later when Thomas Crapper made a better version.

This is where we get the term “going to the John” and “using the crapper”.

#4 The Most Expensive Toilet

This toilet system costs an estimated $19 Million. I’d imagine a plumbing call to fix a problem would cost in the millions as well.