Do I Need to Winterize my Septic System?

Posted on December 21, 2015 by Melbourne Plumber 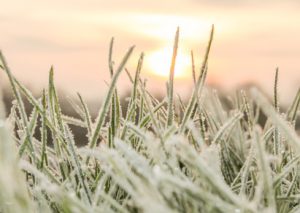 This article is not very applicable to this area of Florida. But north of here and in 90% of the United States folks have to worry about the effects of freezing weather on their plumbing.

Unlike city sewage systems that are maintained by the local municipality, a septic tank and system is the responsibility of the homeowner.  There is year round regular maintenance involved with owning a private sanitary system and that includes a few extra preparations for the winter.

The Basics of a Septic System

A septic system, also known as an on-site sewage facility, is a very basic and functional way to dispose of waste water, also known as grey water, from your home or even business.  Your toilets flush the same and your pipes carry water out of your home in much the same way as a public sewage system.  The difference is where it goes as it leaves your house.  A public sewer system will allow all of your grey water to exit in a large pipe that will convene at another large system of pipes that eventually leads to the wastewater treatment center.

If you have a septic system, your grey water still leaves the house via a large pipe, only it goes into the septic tank, buried beneath your yard.  The solid waste will settle at the bottom of the tank to be decomposed by bacteria, while the ‘water’ known as effluent, will travel through into multiple pipes on the other side of the tank, out onto the drain field.  The drain field is just another place in your yard further away and is usually lower than the tank.  It will exit into the ground and the bacteria in the soil will further treat the water before it joins the ground water below.

How Does the Cold Affect My Septic System?

Septic systems are more prone to backing up during the cold winter months when the ground is fully saturated.  The ground in the drain field can become so saturated with heavier than usual rains and snow that acts as insulation to prevent evaporation.  When the water has nowhere to go, it will back up into the lowest point of your home.

Septic systems can also freeze under certain circumstances.  It is best to add a layer of mulch or pine straw to the ground where the pipe runs to the tank to keep in as much heat as possible.  If you keep a layer of snow on the ground year round, be prepared for the snow melt when temperatures can still drop below freezing at night, by adding a layer of insulation prior to the first snowfall.