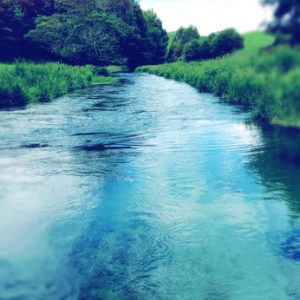 Californians are experiencing one of the most drastic droughts in history.  California receives about half of its precipitation in the months of December, January and February, with much of that precipitation falling as snow in the Sierra Nevada Range. In 2014-15, snowfall was far below normal levels. Four years into record-breaking conditions, Governor Jerry Brown declared a drought State of Emergency on January 17, 2014 and imposed strict conservation measures statewide and convening an Interagency Drought Task Force.  With water reservoirs at an all-time low, California Water Resources Control Board is considering a $500 per day fine for residents who waste water on landscaping, pressure cleaning sidewalks and car washing.  Cities and towns are required to cut their water usage by up to 35 percent under proposed new rules by the commission.

Changing daily routines and personal habits can, over the course of a year, save more water than investing in water saver appliances alone.  A digital kitchen timer set to 3 minutes for showers will use four times less water than taking a bath; approximately nine gallons opposed to 36.  Small things such as shaving or teeth brushing while running the tap will consume about 5 gallons in just a few minutes.  Even washing dishes under a constant faucet uses about thirty gallons, which is almost the same amount as in filling the bathtub.  Wait until you have a full load before running the dishwasher or laundry washing machine.  A single load of laundry can use up to 60 gallons, with a typical dishwasher using about 17 to 22 gallons.

Some inexpensive hardware additives can assist in the conservation process.  A faucet flow controller reduces the output by about 4 gallons a minute while retaining spray pressure force.  A shower control insert washer can help reduce usage by 3 gallons a minute.  Many new front load washers and high efficiency home appliances are designed to reduce water usage and save energy at the same time.  Newer shallow trap toilets use less water per flush.  A simple trick is to fill two one half gallon plastic containers with water and place in the toilet holding tank. The displacement properties of the self-contained water allows for the same level of flushing pressure while reducing the total amount of water doing down the drain.

To get a better grasp on the actual amount of water used per person, it helps to visualize one gallon plastic milk jugs sitting on your kitchen floor.  Amazingly, the number of jugs adds up rather quickly. The point of this problem is to develop intuitive estimates of the number of gallons of water in a cubic foot, using items that might be familiar to us.  One cubic foot, a 12 inch by 12 inch box, of water equals 7.48 gallons, meaning that in a ten foot square area, there are 748 gallons. In order to express large volumes of water use, the calculation is expressed in acre feet numbers. One acre foot equals 43,560 cubic feet or 435.6 hundred cubic feet and is equivalent to 325,851 gallons. Just imagine one acre of land covered by one foot deep in water.  Shasta Lake, California’s largest reservoir, held 66 percent of its historical average on December 31, but by late January, that percentage was only 65 percent due to January’s light precipitation amounts.  Lake Oroville, California’s second-largest reservoir, held 62 percent of its historic average at year’s end with no significant increase through January. On January 29, Oroville held about 1.44 million acre feet.  The long-term historical average for that date is 2.32 million AF.  Statewide, California’s major reservoirs (representing 27.3 million acre feet of storage) are at 46% of capacity and 61% of group average.

The bottom line when it comes to conserving water, however, relies on adequate plumbing maintenance.  A drippy faucet or constantly running toilet can waste a staggering amount of water in only a week.  Leverage millions of homes with at least three inhabitants into the equation, and the amount wasted becomes astronomical.  Be sure to check all of your faucets and other water system devices, making prompt repairs if necessary.  Together we can make a difference, saving water and money at the same time.