Plumbing Changes throughout the Years

Posted on November 29, 2014 by Melbourne Plumber 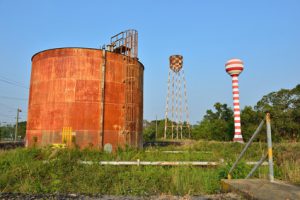 For centuries, people have been trying different ways to make life a little easier. Although large pottery jars meant to store water were found dating all the way back to 6000 BC in Mesopotamia, it wouldn’t be until 2700 BC that water pipes would be used in the Indus Valley. These pipes were made from finely chopped straw and clay.

1200 years later, in 1500 BC, people living in Crete were able to develop sewage disposal systems which included a crude flushing toilet. Although this seems pretty amazing for that time period, it would be another 1,000 years before actual bathtubs would enter the scene in Greece. In 52 AD, the Romans were able to deliver water to homes, public wells, and public baths. They accomplished this by using aqueducts, water channels, and pipes which were strung out over about 220 miles. When the Roman Empire fell, the Europeans went back in time and gave up their desire for cleanliness for many years.

Sir John Harrington of England would invent the next flushing toilet in 1596, although without an attached sewage line it wasn’t too popular. It wouldn’t be for another 214 years that the first shower would be invented. So what’s the difference from that first shower to today’s shower? It reused the same water over and over and over again…

In 1829, a hotel in Boston would open and lay the claim on being the first hostelry in the world to have indoor plumbing. Just four years later the first floor of the White House would get running water but it would take another 20 years before it was also upstairs.

Aer the discovery of bacteria in 1860, running water became something people wanted in order to fight germs, and having running water grew in prominence. Just 25 years later in 1885, Chicago would be the first U.S. city to have an intricate sewage system. Even with the newly running water, private homes still didn’t have baths like we know today and people would frequent public baths to get clean.

During 1891 a plumber by the name of Thomas Crapper invented the modern toilet and his patented toilet was designed with a valve and siphon. Since the name Crapper was stamped on all of his toilets, it became common to hear people say they were going to the “Crapper.”

With all of the major developments in plumbing happening in just the past 200 years, our modern society has had advantages no other civilization can boast. With running water at the touch of our fingertips and showers a daily necessity for many, it’s nice to know how far we’ve come in the quest for modern day plumbing.