When Your Pipes Rattle

Posted on October 20, 2014 by Melbourne Plumber 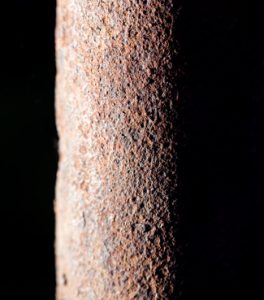 Although it generally happens in older homes, even new homes can experience what’s called ‘water hammer.’ This is the noise inside of pipes which is made at points in your plumbing system where water stops abruptly or the water flow changes the direction it’s taking. It can sound like an annoying hammer which seems to start and stop throughout the day and night, although it typically occurs after things such as the washer or dishwasher finishing a cycle.

The rattling sound can usually be minimized by doing one of two things. First, you can try to wrap the pipe with some type of thick material (such as a blanket) where it masks the noise. This will obviously not work if the pipe is behind a wall or some people would prefer to not see the eyesore of a blanket around a pipe. If that’s the case with you, try the next option.

The other course of action you can take is to increase the amount of air which is in the pipes. When you do this, it helps the water to flow more freely, resulting in fewer abrupt stops in the pipes. To increase the air in the pipes, shut off the water where the main water valve is located. Then, open every faucet in the home. Go back and turn on the main water valve. Begin to shut off the faucets one at a time, starting with the faucet that is physically the lowest in the home, for example, a faucet in the basement. Work your way up from the basement to the main floor, to the second floor, etc. After doing this, there should be sufficient water flow to stop the noise.

When You Need a Plumber

If you’ve tried to cover the pipe with some type of noise insulation or tried to increase the amount of air in the pipes and neither has worked to your satisfaction, it’s time to call in a professional plumber. A licensed plumber can fix the problem before any serious damage occurs to your pipes.

When water hammer gets out of control, it can cause pipes or water lines to burst, requiring emergency plumbing services which are much more expensive than a routine call. So if your home is suffering from water hammer, give a qualified, experienced master plumber a call and you’ll be enjoying peace and quiet in your home once again.